« Pizza Fridays | Main | We All Scream for Ice Cream » 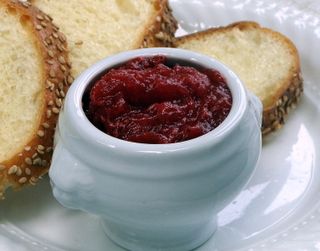 When a twitter friend tweeted a few weeks ago that she spied strawberries at the Union Square Market, my heart skipped a beat. Over a strawberry, you're wondering? Yes. While I did indulge once or twice in the dead of January since they were being shipped during the peak of their season in Florida, I knew nothing would compare to the flavor from one grown closer to home. I made a meager attempt at growing them last year but quickly realized I wasn't up to the challenge, nor as quick, as the birds that serenade me in the backyard. I'd have to settle, and not a bad alternative at all, for the bounty available at the Greenmarket. 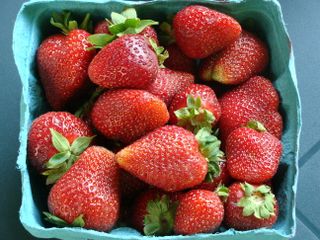 I was talking with a friend over the weekend about being in the thick of jamming season and he said he couldn't see paying $5 to $6 for a quart, but I see it as a short-lived indulgence since strawberry season is fleeting. Compared to the cost of a jar of jam in a gourmet market, it's not that expensive either. Last week two quarts of strawberries yielded three eight-ounce jars of jam. It was delicious, I could control the amount of sugar and left a significantly smaller carbon footprint than whatever miles the one in the store traveled. So let's get jamming.

Traditional recipes like the one in my Fannie Farmer cookbook call for tons of sugar and stirring over high heat. Not a fan of the commercial thickeners, Sure Jel and Certo, I found Pomona's Universal Pectin at my local health food store. It's expensive at $3.29 a pack—enough for about 6 quarts of berries, but it's made from pure citrus pectin and allows you to use much less sugar (as little as 3/4 cup compared to the usual two or more cups). Then the New York Times had to go mention making your own pectin in last week's Dining In section. Well, that took up the better part of my weekend researching and even experimenting with one alternative.

The best ingredient for making your own pectin is under-ripe green apples. Now, if you  know you're seasons, the problem here is the trees are just blossoming. It'll be another two months before those apples I need are ready but strawberry season is now. Another twitter pal suggested making this rhubarb syrup but it turns out rhubarb is low in pectin, so that little test didn't work out (though, I've got some yummy strawberry syrup as a result). And, that rhubarb syrup is quite delicious, so I do recommend giving it a go.

Anyway, after a google search of high-pectin fruits (what did we do before it existed, and will Bing really blow it out of the water?), I learned that cranberries and currants are high in pectin. I'll probably buy some frozen cranberries to test this homemade pectin thing again. Until then, though, there's no reason to stop my jamming journey or put off starting yours. Oh, and I forget to mention the coolest part—this jam recipe is made in the microwave. That's right, delicious, quick and easy. Enjoy!

I've made jam on the stove top but nothing beats the ease and speed of using the microwave. My microwave is 1000 watts, so keep in mind that cooking times will vary for models with lower or higher power.

2 quarts of strawberries, about 4 cups, washed and hulled

1. In a large glass bowl, microwave-safe bowl, mash berries to desired consistency depending on if you like a smooth or thick and chunky jam. A potato masher does the job perfectly.

2. Cook on high in microwave until berries are almost boiling, about 3 minutes. Ladle out 1 cup of cooked berries into a bowl; set aside. Add the sugar and calcium water to the bowl with remaining berries, stir well and cook on high for 3 more minutes.

3. Meanwhile, whisk the pectin powder into the reserved cup of berries. It will look like it clumping but don't worry. Stir the pectin-berry mixture into the berry-sugar mixture. Cook on high for 3 more minutes, until thick and bubbly. Transfer to a container, let cool and refrigerate for up to three weeks or process using canning jars. Here's a link to a list of USDA publications regarding home canning  and processing methods.

Some pics to get pique your interest in making rhubarb syrup. 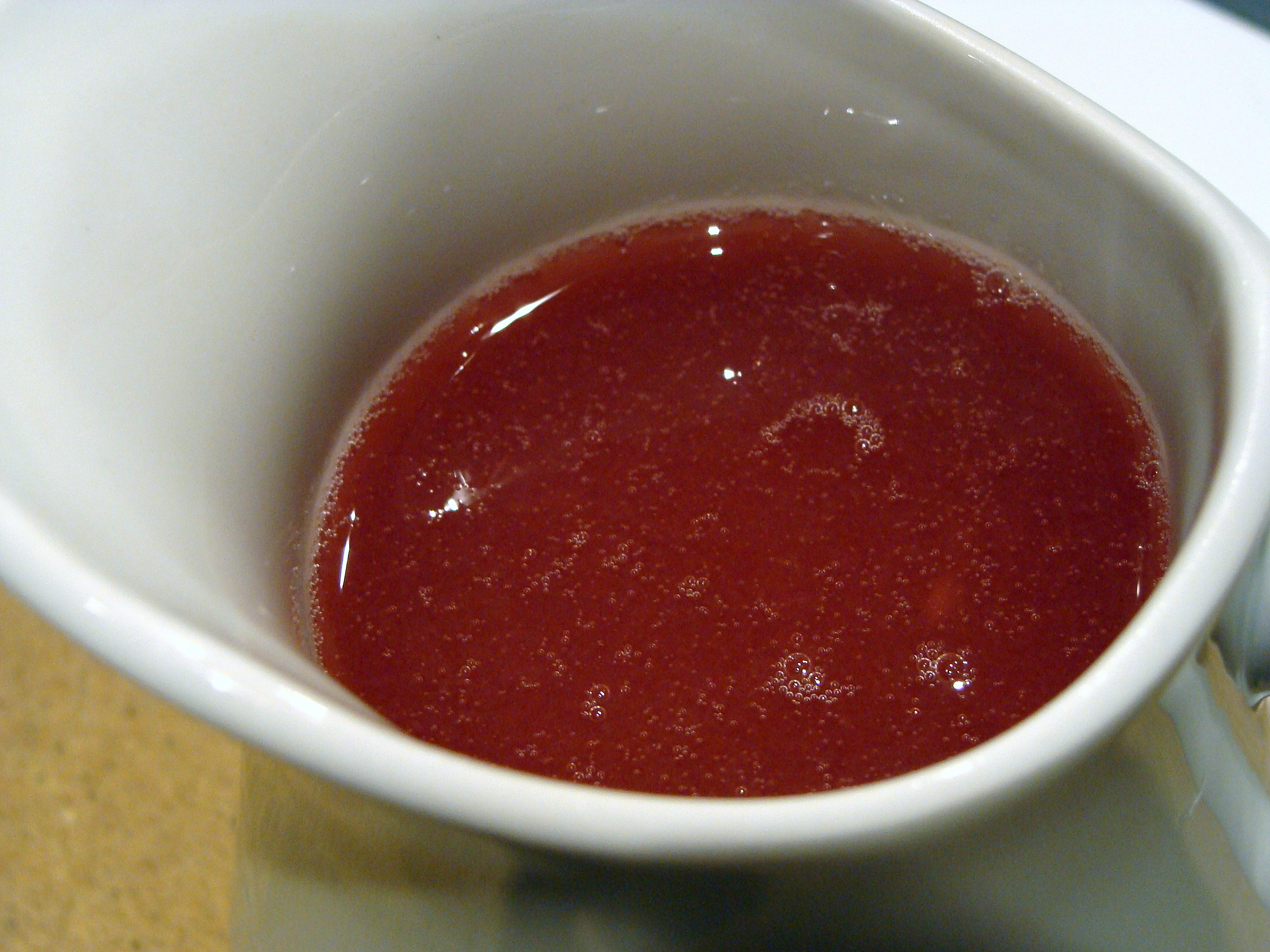 More on pectin from Practically Edible

This sounds so yummy. I'm bookmarking this one. Thanks so much for sharing it with us.

Can't wait for local strawberries to come into season to try this. Thanks for sharing the recipe!

Looks delicious! I love strawberry jam... Yours reminds me of when my mom used to make it when I was a kid. I have never made it myself, but I think I will give this a try!

Yum! Strawberry jam sounds excellent! I would love to make some when I get more strawberries at the Farmers market!

Looks delicious! I absolutely love home made strawberry jam. Our strawberries are just starting to come on here at our farm. Yum! I think I will give this recipe a try. Love your site!
~Lynette

This looks delicious. I can see myself having this with hops bread!

I need to try making homemade jam. Nothing else compares. This Strawberry jam looks so mouthwatering!